What is a climate and planet-friendly diet?

People across the world are becoming increasingly concerned about climate change, with eight in 10 people considering it a significant threat.

The food we consume is one of the major contributors to global warming. According to a study from the University of Oxford published in Science in 2018, food production is responsible for a quarter of all greenhouse gas emissions that humans generate each year. 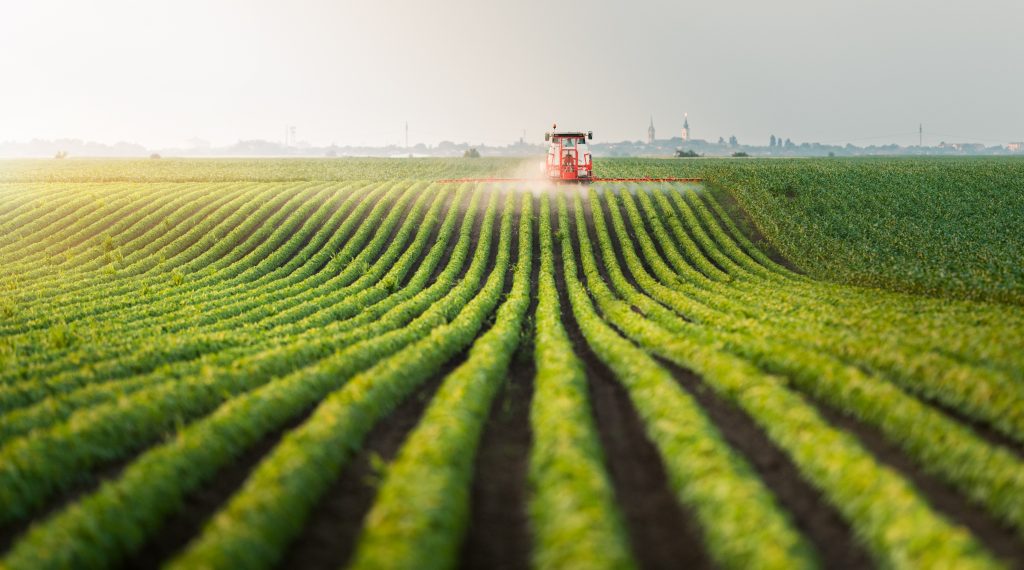 Scientists predict that over 10 billion people will populate the earth by 2050. If we want to be able to feed everyone without harmfully impacting the planet, we must rethink the way we eat.

In the past few years, there has been an increase in demand for alternative, sustainable food. But a dilemma between personal action and greater political or economic change remains. Why should I change my behaviour when I’m nothing compared with multinational oil companies?

All of us, as consumers, have the power to shift politics and industrial processes with our individual actions. Choosing to purchase or avoid certain food products can eventually change the kinds of agricultural products on offer on supermarket shelves.

The carbon footprint of our diet

More than half of food emissions come from animal products, with livestock accounting for around 14.5% of the world’s greenhouse gases each year. That’s roughly the same amount as the emissions from all the cars, trucks, aeroplanes and ships combined in the world today.

According to a United Nations Intergovernmental Panel on Climate Change (IPCC) report, high consumption of meat and dairy is fuelling global warming.

Of all animal foods emissions, half come from beef and lamb alone. Pork and chicken contribute less, while plant-based foods tend to have the smallest impact.

Agriculture uses more freshwater than any other human activity, and nearly a third of that is required for livestock. Forests are cleared to make room for industrial scale plant and animal farming, which means that large stores of carbon are released into the atmosphere. Deforestation also leads to a loss of biodiversity and natural habitat for wildlife. 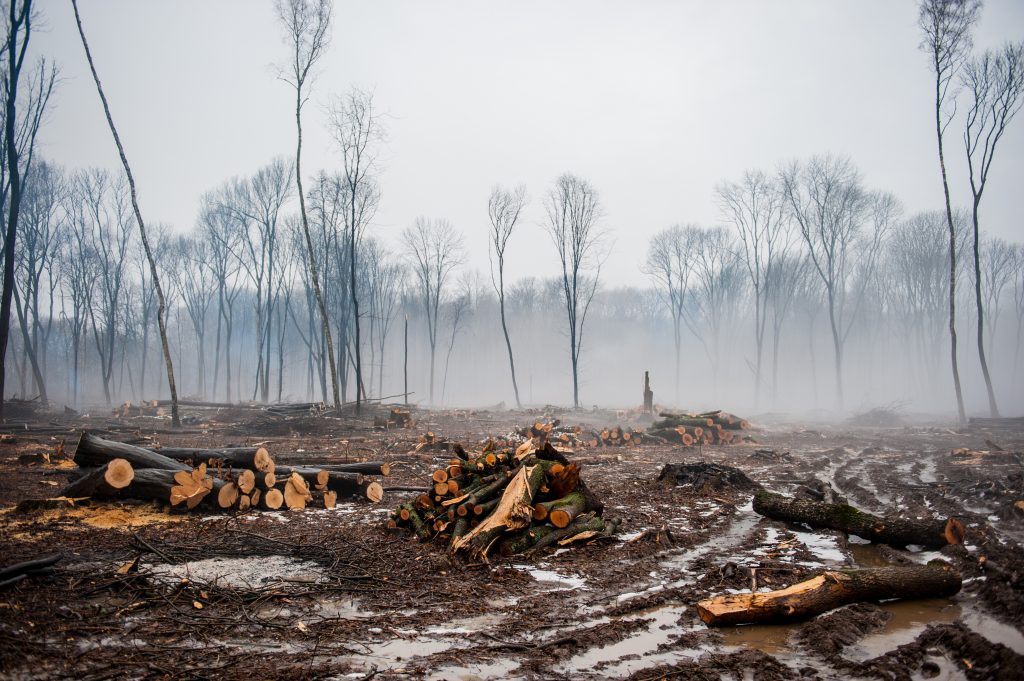 Figure 3: Cutting forests down for industrial scale farming has a major impact on the environment.

When ruminants, such as cows, sheep and goats, digest their food, they burp up methane – a potent greenhouse gas that contributes to global warming.

Meat production is also a key source of pollutants like nitrogen and phosphorus, and fossil fuels used to operate farm machinery, make fertilisers and ship food around the globe contribute to the food footprint.

Experts agree: switching to a healthier plant-based diet is better for us and better for the environment.

Consuming less red meat and dairy could have the biggest impact. According to a World Resources Institute analysis, if you replaced a third of the beef you eat with pork, poultry or legumes, your food-related emissions would fall by around 13%.

In 2019, the medical journal Lancet published a paper outlining a roadmap for how to eat to sustain a healthy planet. The paper highlights that unhealthy and unsustainably produced food represents a global risk to people and the planet.

Billions of people in the world are malnourished. Some, more than 820 million, don’t have access to sufficient food. Many more consume excessive amounts of unhealthy, highly processed foods that contribute to illnesses and premature death. The incidence of non-communicable diseases, such as heart disease, obesity, diabetes and cancers is increasing steadily.

In addition, greenhouse gas emissions in the atmosphere and release of pollutants in the environment, loss of biodiversity, overuse of water and land due to food production are impacting the planet’s health.

Adopting a healthy diet means eating less and better food. That involves having an appropriate caloric intake that consists of a diversity of plant-based foods, low amounts of animal foods, and binning junk foods such as foods rich in unhealthy fats, refined grains, highly processed foods, and added sugars.

Figure 4: A healthy diet high in plant based foods and low in meat and processed foods is good for us and good for the planet.

Another step that can help lower our food footprint is cutting food waste. One study found that every year an average American spends $1,300 on food that ends up in the bin.

Eating local is often considered a good way to cut greenhouse gases emissions as transport contributes to these emissions, although they make up a small proportion of emissions from the food supply chain.

For most food, transport accounts for less than 10%, and it’s a much smaller portion for the largest emitters, such as beef, for which transport accounts for 0.5%. That means that choosing to eat local beef has very minimal effects on its total footprint. What we eat may be more important than where our food travelled from.

There is one exception: food that travels by air has a big carbon footprint.

Very little food is air-freighted, but for the few products that are transported by air, the emissions can be very high. Air-shipped food emits 50 times more greenhouse gases than a boat per tonne-kilometre.

Air-freighted foods are generally those that need to be eaten soon after they’ve been harvested, for which transport by boat would be too slow. Some fruit and vegetables fall into this category, such as asparagus, green beans and berries. This dilemma could be alleviated by eating locally grown produce when it’s in season.

I’m just one person. Can I really make a difference?

Food production is part of the problem but it isn’t the biggest contributor to global warming. Most of it is caused by burning fossil fuels for electricity, transportation and industry together.

The food you consume is only a fraction of your total carbon footprint – driving, flying, home energy use all contribute to your carbon emissions. But dietary changes can be one of the easiest ways to lighten your impact on the planet while improving your health at the same time.

While making radical changes to your diet may not make much of a difference on a global scale, the efforts of individuals start to add up once we start making changes as a collective.

Scientists have also argued that if the world’s heaviest meat eaters – the wealthier countries – scaled back meat consumption even moderately, that would free up land to feed everyone else, making a big difference at a global scale.

Various studies have concluded that people who currently eat a meat-heavy diet could shrink their food-related footprint by one-third or more by moving to a vegetarian diet. Giving up dairy would reduce those emissions even further.

If you are not ready to embrace a plant-based diet, there are still ways to shrink your individual footprint. Just eating less meat and dairy, and more plants, can reduce emissions.

In a new study published in February in the American Journal of Clinical Nutrition, researchers found that a person can still reduce their carbon footprint significantly by only replacing beef products rather than changing their whole diet.

They calculated that if participants replaced their beef-based meals with turkey, for example, they would cut the greenhouse gas emissions associated with their diet by 48% and reduce their water scarcity footprint by 30%.

Our diets are increasingly homogenous and disproportionately based on crops that are rich in energy but poor in macronutrients – the nutritive components of food, such as fat, proteins and carbohydrates that the body needs to maintain structure and systems.

According to the WHO, over the past century, more than 90% of crop species have disappeared. Today, just a handful of plant species, including corn, rice and wheat, account for almost 70% of total crop production.

There are over 50,000 known edible plants on Earth, yet fewer than 300 reach our supermarket shelves. Some countries are now rediscovering the potential of ancient plants and bush berries, which are more nutritious and require less water and harmful fertilisers than industrially grown crops.

In west Africa, women farmers are growing fonio, an African ancient grain packed with nutrients and an ideal alternative to rice. The heritage grain does not require the use of pesticides and thrives in harsh conditions with poor soils and scarce water. They also grow Moringa, thought to be the most nutritious leafy green in the world, which can be cooked like spinach or used in salads.

Baobab fruits are making a comeback. Known as the “Tree of Life,” the baobab grows throughout the drier regions of Africa, but it can also be found in Madagascar, India, Ceylon and Australia. Its highly nutritious fruit is rich in potassium, fibre and vitamin C.

In Australia, bush food the Aboriginal communities have used for centuries are slowly landing on more dinner tables. From grains to tubers, nuts, herbs and spices, native edible plants thrive in the Australian environment.

Some of the most popular are:

Seaweed is another highly nutritious food that can be produced sustainably – a great opportunity for Australia given our extensive coastline. To embrace this, an Australian scientist has created a seaweed farm in Shoalhaven, NSW. The farm relies purely on seawater and carbon dioxide released by a nearby wheat refinery – a win-win for health and the environment. She collaborates with local businesses to create diverse food products from it.

In sum, there are boundless opportunities to produce diets that are better for us and better for the planet by using sustainable agriculture and harnessing local and ancient knowledge and resources.

1. How much does food production contribute to greenhouse gas emissions each year?

2. What are the food products that most contribute to greenhouse gas emissions?

3. How is the climate crisis affecting the agricultural sector?

4. In pairs, list the food products you consume regularly that have the highest impact on the planet.

5. How can people change their dietary habits to lower their footprint?

6. What are some ancient, little-known foods that you could introduce into your diet?

8. In groups, think of ways to engage with your family and friends in constructive discussion about how individual dietary choices affect the planet and how you can make a difference as a collective.