Small to Medium Enterprises (SMEs) play a crucial role in our Australian economy. They account for 70 per cent of all people working in the private sector and they have created 80 per cent of Australia’s employment growth over the past decade. The environment in which such SMEs operate is heavily controlled by government rules, regulations and legislation. From a local to a federal level, the government influences many aspects of business operations, from taxation to health and safety, anti-discrimination, zoning, licensing, contracts, consumer rights and even business names. 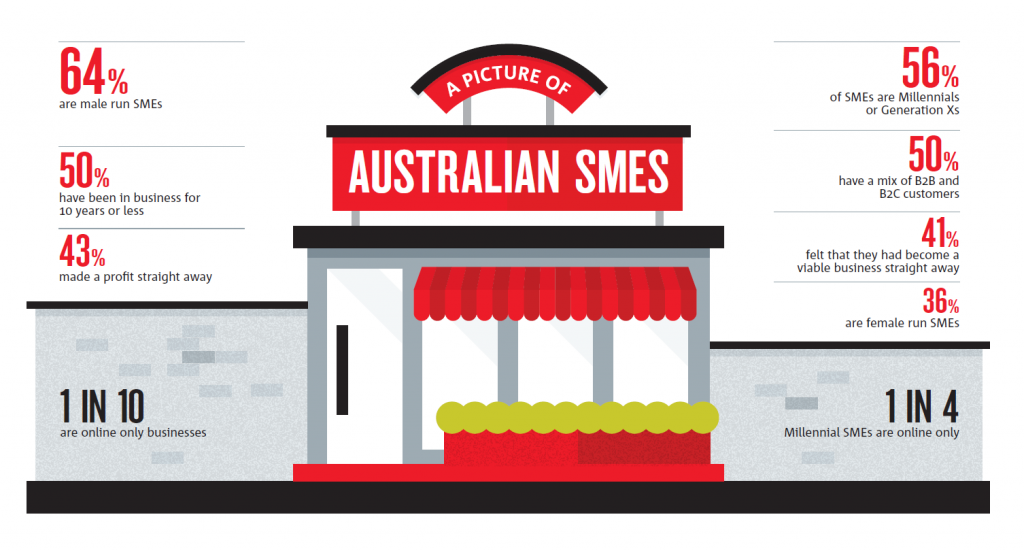 Due to the onset of the COVID-19 pandemic at the start of 2020, the government has had even more influence over the operations of businesses in Australia than usual. So, how exactly did the government respond to the global crisis in relation to economic aid for business development, and how did it impact SMEs throughout our country?

As the COVID-19 pandemic began to unfold in Australia in late March 2020, it became clear that government policy responses to the crisis would be critically important at both the federal and state levels. These government measures would ultimately shape both the public health outcome and the economic impact of the virus.

Mandatory shutdowns in all but essential sectors of the economy had severe consequences for SMEs and the millions of employed workers. New and urgent forms of government assistance were needed to help people through the crisis. Without government intervention, hundreds of thousands of SMEs would permanently close. The unemployment queues for support payments outside government services such as Centrelink would grow to lengths not seen since the Great Depression of the 1930s.

The Federal Government introduced two important measures during the early phase of the pandemic. The first was the wage subsidy scheme known as ‘JobKeeper.’ The second was the change to employment laws designed to allow for adjustments to working conditions, such as reduced work hours. The two changes were linked, whereby only businesses receiving JobKeeper payments had access to these new workplace laws. The objective of both measures, which were intended to be temporary changes only, was to avoid mass business closures and high unemployment, which would have an adverse effect on the Australian economy.

There were two important measures introduced by the Federal Government during the early phase of the pandemic. The first was the wage subsidy scheme known as ‘JobKeeper.’ The second was the change to employment laws, designed to allow for adjustments to working conditions, such as reduced hours of work. The two changes were linked, whereby only businesses who were receiving JobKeeper payments had access to these new workplace laws. The objective of both measures, which were intended to be temporary changes only, was to avoid mass business closures and high unemployment, which would have an adverse effect on the Australian economy. 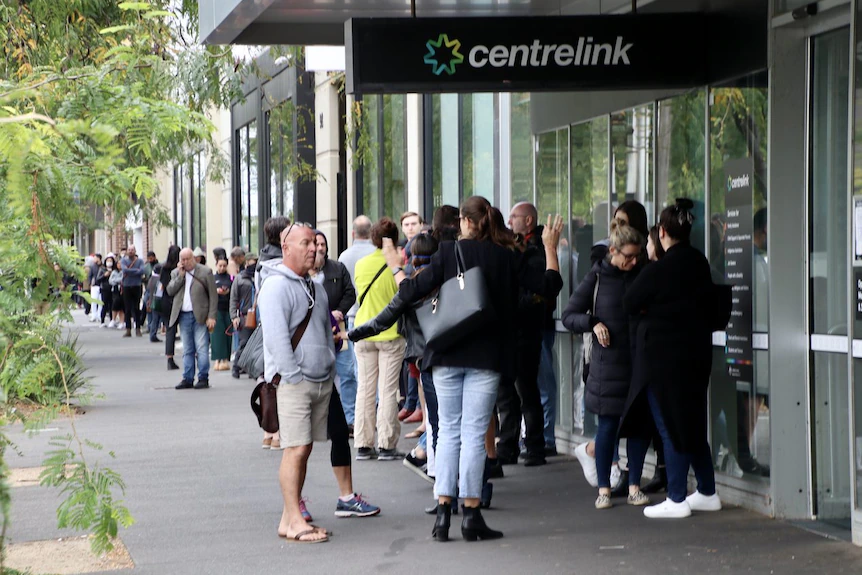 Figure 3: Centrelink queues in South Melbourne March 2020, the morning after the MyGov website crashed due to increased online traffic after the federal government announced it would be shutting down large parts of the economy to contain the spread of COVID-19.

The payment amount was significantly higher than the amount paid to unemployed people before the pandemic.

The primary policy rationale for the scheme was, as the JobKeeper name suggests, to maintain the employment relationship between affected businesses and their employees. So, instead of workers being retrenched and paid unemployment benefits, the scheme encouraged employers to keep their workers on the payroll. This was considered a faster and more efficient way to get support payments to workers and would allow businesses to resume normal trading once restrictions were lifted without having to re-hire staff.

For employers to be eligible for JobKeeper payments, they had to demonstrate a decline in turnover of 30% (for most businesses) or 50% in the case of large businesses with an aggregated turnover of $1b or more. This was done by comparing the projected turnover reductions caused by the pandemic against monthly or quarterly turnover in the preceding year (2019). 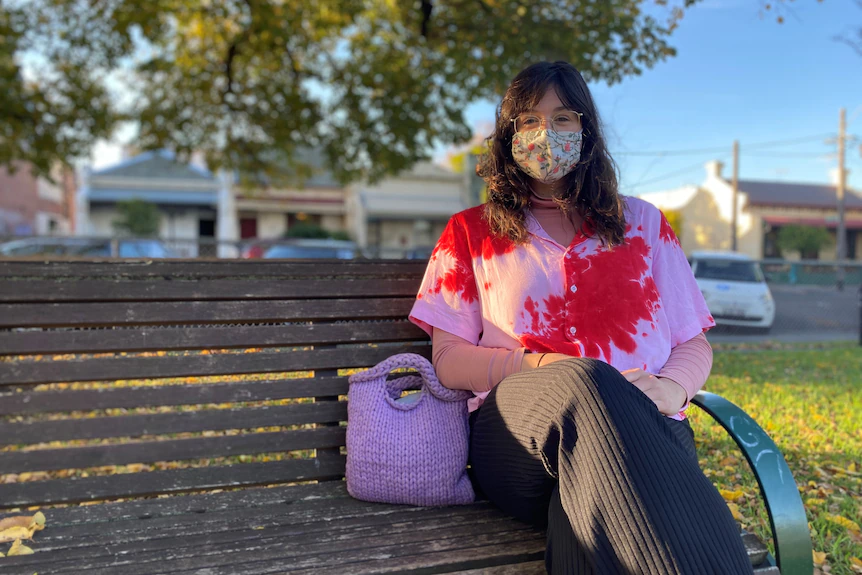 Figure 5: Retail worker Marni speaks to ABC about the fact that she is ineligible for government welfare payments during COVID lockdowns as she is not an Australian citizen. Source: https://www.abc.net.au/news/2021-06-01/casual-workers-victoria-lockdown-covid-jobkeeper-welfare/100180090

Employers who were eligible to receive the JobKeeper wage subsidy could also take advantage of changes to federal employment laws. These changes allowed employers to issue “directions” (JobKeeper enabling directions) to their workforce to change their working arrangements to adapt to the changed circumstances brought on by Covid-19. For example, employers could “direct” their workers not to work on a particular day that they would usually work or work for fewer hours than they ordinarily would.

Workers could also be directed to perform different duties to those they had been employed to do or work at a different location, such as working from home, provided it was safe for them to do so, and they were paid no less than their ordinary rate of pay. These directions had to be given to employees in writing and “reasonable” in all circumstances.

Usually, these sorts of directions would be a breach of the employment contract, accompanied by a reduction in wages. However, the new laws permitted JobKeeper employers to introduce these changes so long as they continued to meet their employees’ minimum payment guarantee of $1,500 per fortnight.

Apart from these directions which employers could introduce without agreement from their workers, the new laws also permitted employers and employees to agree, in writing, to the employee work on different days or at different times compared with their ordinary days or times of work. This could be done provided it did not reduce the total number of hours that the employee worked compared to their ordinary hours. They could also agree to take twice as much annual leave (holiday pay) but at half of the ordinary rate of pay. The Fair Work Commission, which is a dispute resolution body established by the Australian Federal Government in 2009, was responsible for dealing with any disputes about the way these new laws worked in practice.

Joe works as a part-time waiter in a café. He usually earns $800 per fortnight. Because of Covid-19, the number of hours of productive work that he can do is reduced significantly. If he were just paid for the available hours of work, he would only receive $300 per fortnight. After one month, work dries up completely. Joe’s employer is eligible for JobKeeper payments. Joe receives $1,500 per fortnight for the first month when his hours are reduced and continues to receive that payment even after the café temporarily closes due to Covid-19. He continues to be employed by his employer.

While most people accepted that Government intervention and support were necessary to protect livelihoods during the pandemic, the JobKeeper scheme attracted serious criticisms.

The exclusion of vast numbers of casual employees from the scheme was regarded as a severe flaw in the scheme’s design.

As casual employees usually do not have predictable work patterns and can be asked to work only when their employer needs them, they were the first to lose work as business activity slowed down. Because employers could not claim the JobKeeper subsidy for casual workers, making them less attractive than other employees who could be kept on the payroll. Even where casual employees could still maintain some working hours, they were vulnerable to losing income if they fell ill due to Covid-19 since they were not generally entitled to paid sick leave. Thus, many casual workers and employees who were not Australian citizens or residents were left without income support.

The JobKeeper scheme came at a considerable cost to Australian taxpayers. This is not surprising given at its peak, almost 3.8 million, or almost 3 in 10 workers, were receiving JobKeeper payments. Treasury papers showed the total cost of the scheme to be $89 billion.

Despite the enormous cost, there was limited public accountability for the scheme, given the details of exactly which businesses received the payments were not made public.

There was also a public outcry when it was revealed that many businesses that had received the subsidy had remained highly profitable during the pandemic, leading to calls that these businesses should be required to repay billions of dollars to public revenue.

Criticisms aside, however, without implementing the JobKeeper scheme, Australian businesses, employees, and the whole economy would likely have suffered much greater negative impacts from the Covid-19 pandemic had the Government not intervened. 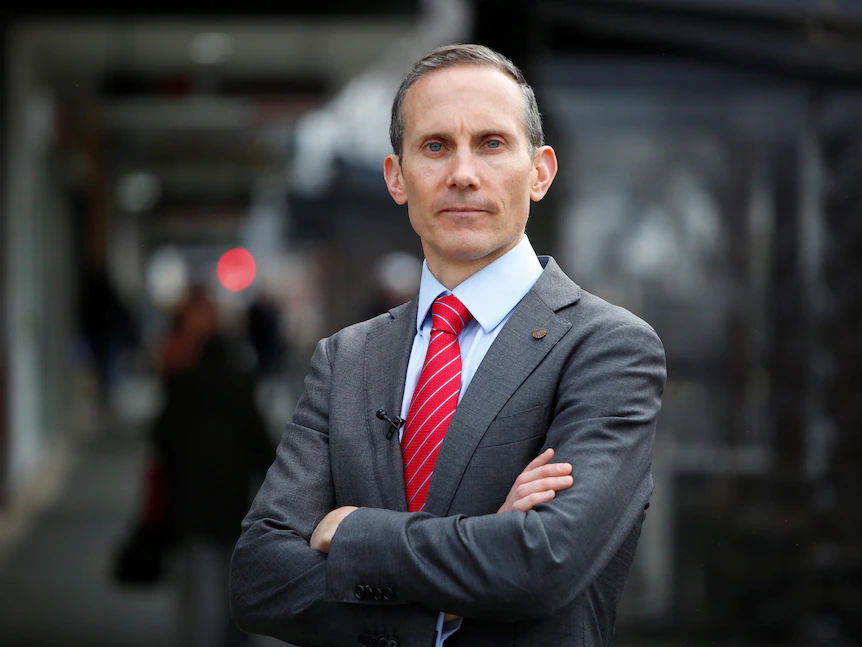 Andrew Leigh, Labor MP. Highly critical of the JobKeeper scheme. ABC News reports that “At least $38bn in JobKeeper went to companies where turnover did not fall below thresholds, data finds”. Source: https://www.abc.net.au/news/2021-11-02/38b-in-jobkeeper-went-to-companies-where-turnover-did-not-fall-/100586310

1. Why are SMEs important to our economy?

2. List all the ways you can think of how the government influences businesses in Australia.

3. Explain how JobKeeper influenced the operations of SMEs in Australia.

4. How did the employment law changes in response to COVID-19 impact employees of SMEs?

5. Create a mindmap of the criticisms/flaws of JobKeeper.

6. In your opinion, what other rules and regulations could the government have established in response to the pandemic to best support SMEs and their employees?

Using the information in this article plus independent research, answer the following questions.

9 Create a list or mindmap of other ways changes in government rules/regulations influenced the operations of SMEs in Australia in responding to COVID-19.

10. Which of the following do you think had the largest influence on federal government decision-making during the pandemic – the health of the population OR the economic consequences of closures and restrictions? Or do you think it was a balanced combination of the two? Justify your answer—[This could make a great topic for class discussion].