Nut allergies and their emerging treatments

Nut allergies are one of the most common types of food allergies seen in children and adults. They happen when the body’s immune system overreacts to proteins found in nuts or peanuts. This can lead to a range of symptoms from mild reactions to severe life-threatening anaphylaxis. People with a nut allergy need to avoid the nut or nuts that trigger their allergy entirely. There is hope on the horizon though. Called oral immunotherapy, it is emerging as a way to desensitise people to nuts and allow small amounts to be eaten safely. 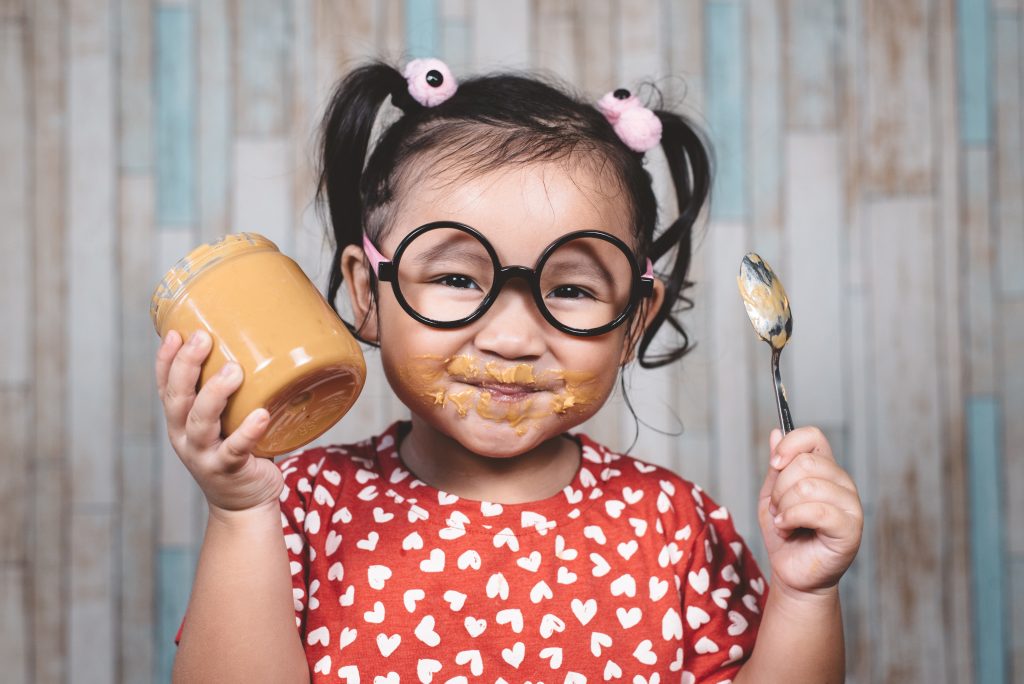 Figure 1: Some children love nuts but many are allergic to them

A nut or peanut allergy is one of the most common food allergies seen in infants and children. For peanuts alone, three in every 100 infants will have an allergy to them. And while some children will naturally outgrow their allergy, most will take their allergy with them into adulthood.

A nut allergy happens when the body’s immune system becomes over-sensitive to a protein in a nut. That sensitivity can mean that people can react even if exposed to tiny traces of nuts in food. Sometimes even simply breathing in or touching a nut can be a trigger. That is why many childcare centres and primary schools have a ‘nut-free policy’. That helps prevent children who do have a nut allergy from being accidentally exposed to trace amounts of nuts from the food brought in by other children.

The nuts that can cause an allergy

And just to confuse things, peanuts are not actually a nut, but a legume. Legumes include foods like chickpeas, lentils and soybeans. That’s why it is correct to talk about peanut and tree nut allergies as different things. A wide range of tree nuts can cause allergic reactions, including:

What causes a nut allergy?

All allergies have a common starting point. They happen when the immune system reacts to a specific allergy trigger called an antigen. The immune system produces antibodies against the allergen. This results in inflammatory reactions and the release of a chemical called histamine. Histamine causes hives, hay fever and other allergic symptoms.

A food allergy needs to be properly diagnosed. This can be done by a doctor or an allergy specialist. A series of questions is normally combined with skin or blood tests to help narrow down the likely list of suspected allergy triggers. But while the results of allergy tests are a useful guide in determining whether a person is allergic, they are not a reliable guide to how severe a reaction will be.

Symptoms of an allergy

Signs and symptoms of a peanut, tree nut or seed allergy can vary. They range from mild reactions to a severe allergic reaction (anaphylaxis). Some factors can make allergic reactions to foods worse. These include the amount of food eaten, exercising around the time of exposure to the allergen, alcohol, asthma and being unwell.

Signs and symptoms of a mild-to-moderate allergic reaction to food include:

Peanuts and tree nuts are among the most common foods to cause severe allergic reactions. This is called an anaphylactic reaction and it is life-threatening. Signs and symptoms of a severe reaction include:

If you or a person you are with experiences a severe allergic reaction, this is a medical emergency and an ambulance should be called immediately. If available and you have been trained, the use of an EpiPen® autoinjector to inject adrenaline (epinephrine) can be lifesaving.

The emerging treatment of oral immunotherapy

There is no cure for a nut allergy. The only proven way to manage it is to completely avoid exposure to the nut or nuts a person is allergic to. That means being an avid food label reader because nuts can be hidden in all sorts of foods – even in trace amounts. But science is not standing still, and new treatments are being explored. 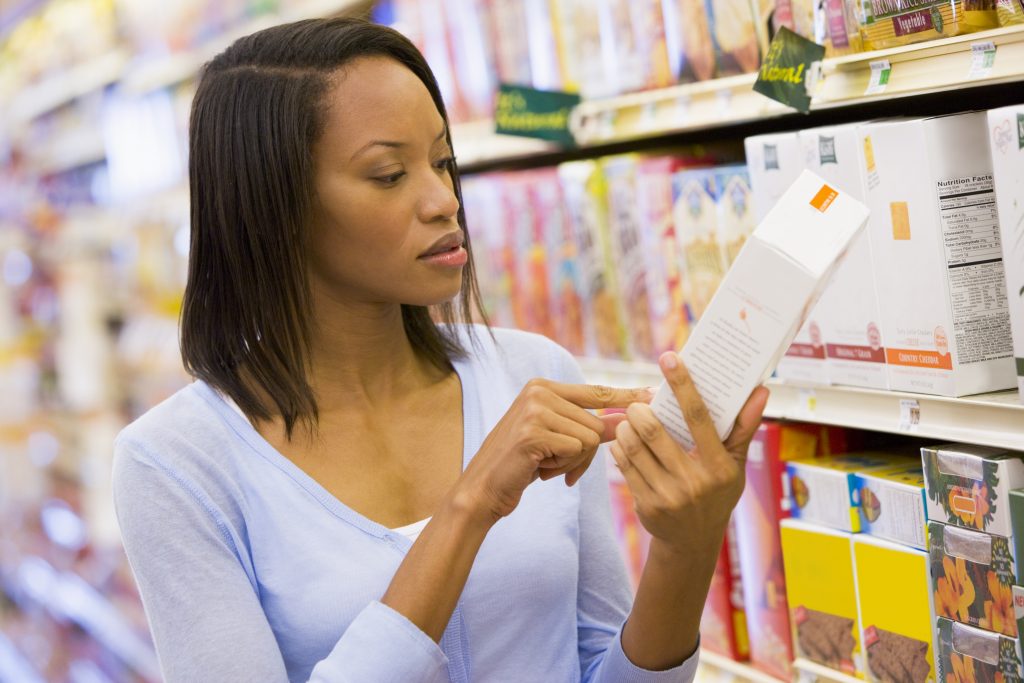 In recent years, some exceptionally promising clinical trials have discovered that exposure to very small amounts of peanuts in a controlled environment can have a desensitising effect. The treatment is called oral immunotherapy. And the benefits from it (in those who respond to it) can build a safety margin against inadvertent life-threatening exposure to peanuts.

In one early peanut oral immunotherapy clinical trial, 40 children aged between 9 months and 36 months old were exposed to either a high or low dose of peanuts daily for around 29 months.

After the end of the treatment and allowing for a month of following a peanut-free diet, peanut protein was added back into the children’s diet. The results were impressive. Eighty percent of children were able to eat peanut-containing foods without having an allergic reaction. To put this in context, these children were now 19-times more likely to be able to eat peanuts without a problem compared to children with a peanut allergy who didn’t have the treatment.

There have been more trials since then. Published in only January of 2022, a clinical trial in 150 highly peanut-allergic children aged one to three years found that peanut oral immunotherapy safely desensitised 71 percent of them to peanuts. It also caused remission of peanut allergy in one-fifth of the children. Compare that to the placebo group where just two percent of children experienced remission from their peanut allergy. Remission was defined as being able to eat 5 grams of peanut protein (equivalent to 1.5 tablespoons of peanut butter) without having an allergic reaction six months after completing immunotherapy. And the benefit of the treatment grew the earlier in life it was given with 1-year-olds showing the highest rates of remission.

Oral immunotherapy clinical trials have also been conducted using a special drug called AR101 which is derived from peanuts. AR101 gives the same amount of peanut exposure as eating 300 milligrams of peanut protein.

In one study using AR101, a total of 551 people aged between four to 17 years with severe peanut allergy were randomly allocated to receive the drug or a placebo for 24 weeks.

At the end of the trial, each person received a peanut food challenge. For people in the AR101 group, 67 percent were able to tolerate the equivalent of at least two whole peanut kernels without symptoms. This was in stark contrast to the placebo group where only four percent of children passed through the peanut challenge without reaction.

No matter how impressive the results of these oral immunotherapy trials are, it is not implying that the allergy has been cured and peanut butter is back on the menu for kids; only that children with a peanut allergy can now live a life with a greater safety margin against accidental exposure.

A word of warning. Because of the serious dangers of intentionally exposing children to peanuts, any form of oral food immunotherapy should only ever be considered under direct medical supervision by health professionals such as immunologists and paediatricians.

With nut allergies so common in infants and children, for many years conventional wisdom was that women should avoid peanuts during pregnancy. Early life exposure to nuts in the womb was at one time believed to be a trigger for raising the risk of allergy risk in children. But this idea has fallen out of favour due to the findings of recent research.

There is little evidence to support the claim that eating peanuts during pregnancy will make a child more likely to develop a peanut allergy. If anything, research appears to show the opposite.

In one study, United States researchers followed nearly 11,000 new mothers for 4 years and looked at their diets and rates of allergy in the babies. Women who ate nuts at least 5 times per week had an almost 70 percent less chance of their baby developing an allergy compared to women who ate less than one serving of nuts per week.

Advice today is that the early introduction of food allergens can help develop tolerance to these food allergens, reducing the risk of a child developing a food allergy. So, unless a woman who is pregnant has a nut allergy herself, nuts are definitely okay to consume during pregnancy.

A nut allergy has many serious health consequences. While avoiding the nuts that a person is allergic to will prevent an allergic trigger, it can be hard to maintain this throughout life if the nut allergy doesn’t naturally subside. Oral immunotherapy is emerging as a way to treat food allergies and allow small amounts to be eaten safely.

1. How common are nut and peanut allergies in Australia?

2. What is the difference between a peanut and a tree nut?

3. What are the most common types of food allergies seen in children?

4. On your next trip to the supermarket, take note of how many food items you see that contain warning labels that they may contain traces of nuts. How could traces of nuts get into a food if nuts aren’t on the ingredient list?

5. What are some of the milder symptoms of a food allergy?

6. What should you do if you think someone is experiencing a severe anaphylactic reaction after eating nuts?

7. What are some of the findings in the recent clinical trials of peanut oral immunotherapy?

8. Is it safe for a woman who is pregnant to eat nuts during her pregnancy?

Frazier, A.L. et al. 2014. Prospective study of peripregnancy consumption of peanuts or tree nuts by mothers and the risk of peanut or tree nut allergy in their offspring. JAMA Pediatrics, vol. 168, no. 2, pp. 156-162.